Working together: ‘The Long and Winding Road’ of research collaboration 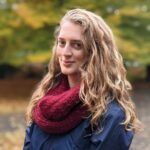 This blog is part of our ‘Working Together’ series for Analysis in Government (AiG) Month 2022. Throughout the month we will be sharing blogs from colleagues across government to highlight the power of working together.

From your favourite rock and pop artists, to film and TV scores, and from classical to ambient, music is often the backdrop to our lives. In fact, I am writing this blog listening to a few of my favourite Beatles songs. And during the coronavirus (COVID-19) pandemic, music helped a lot of us to cope with lockdowns and working remotely.

Digital technology has changed the way we access music. And it has changed it so quickly that there has been limited evidence and data about how money is made and distributed.

It inevitably led to a high profile and highly polarised public debate, with this lack of evidence and data contributing to misunderstandings and confusion.

The Intellectual Property Office (IPO) is working to understand how copyright, and other IP rights:

It was important to address this evidence gap.

With a little help from my friends

This could only be done by working with the UK music industry and academia. The music industry had the evidence, and the academics could make sense of it. So, we commissioned the study ‘Music Creators Earnings in the Digital Era’. We had to get ‘the band’ of academics and music industry representatives together, and get over all our creative differences.

First, within the music industry, there are many different players, and each of those has a different perspective on the effect of streaming content. There were many debates in the public sphere, largely based on anecdotal evidence.

The music industry did not have the strongest relationship with academia at the time. There were major concerns that any academic institution involved in examining streaming would be biased.

IPO put together a ‘band’ of people, called a ‘steering board’, to oversee the project. The steering board included representatives from:

Dr Hyojung Sun, Dr Richard Osborne, Professor David Hesmondhalgh, and Dr Kenny Barr were also part of the board. This meant that the board was made up of representatives from all sides of the music industry, the independent research team, an independent observer, and IPO.

The board met regularly to provide feedback, guidance, and support to the research team. They were open and honest with each other at all times and shared their papers and thinking regularly.  By doing this the board were able to create trust and work constructively with the research team to help them create an action plan.

The board were able to challenge each other to make sure the research team were taking a realistic approach. The board helped them to identify important questions and data sources to support the project.

As the project progressed, we developed a communications strategy with the board. This helped us to create trust and a feeling of partnership with industry partners who were not represented on the project board. This included social media interaction, sharing of documents, and peer review events to broaden the discussion. The aim was to champion the project with industry.

We can work it out

As with any band – there were concerns with the direction of the project.

We held several meetings and listened carefully to the concerns that people raised with us. We asked each other to ‘try and see it my way’ and found ways to work through any concerns in a constructively.

But it was also necessary to challenge their assumptions. And it was very important to make sure we were speaking openly and honestly with each other. By taking a balanced approach we were able to convince more reluctant interviewees to take part in the research.

Another general concern was about sharing data that may be misused.

We worked together to develop a shared understanding of the data that was needed and how it was going to be used. We discussed the methodological approach at board meetings and invited experts to share their thoughts.

We also set up an independent peer-review process to make sure the research was comprehensive. This also helped to create trust in the research. This provided reassurance and helped us to create a report that has been praised and supported by all parties.

Thanks to this crucial collaboration, the team were able to hold:

The final report has been welcomed by all parts of the music industry and has had positive reactions from all the major players. This was a major achievement in itself.

The research has set the tone for the continuing debate and collaboration on the effect of streaming on the music industry.  The research has also made sure there is momentum in developing the evidence base, and an ongoing commitment to share data.

Thank you to John, Paul, George and Ringo (The Beatles) for the titles.

Pauline Beck is the Head of Social Research and Statistics at the Intellectual Property Office (IPO).